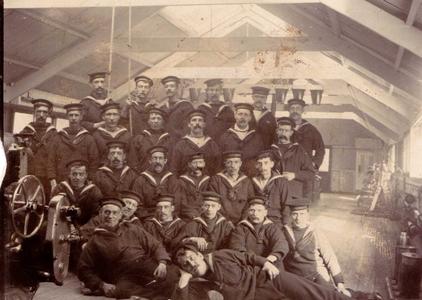 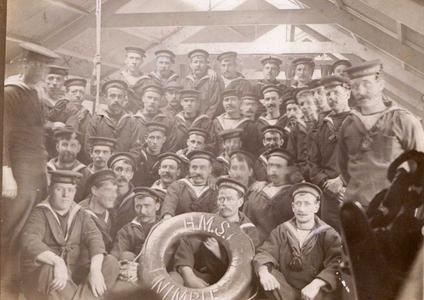 The owners Great Grandfather was Alexander Gardiner Smith (Born 1875- Died May 31, 1916) was a Stoker on HMS Queen Mary at the Battle of Jutland.

HMS Queen Mary was the last battlecruiser built by the Royal Navy before World War I. The sole member of her class, Queen Mary shared many features with the Lion-class battlecruisers, including her eight 13.5-inch (343 mm) guns. She was completed in 1913 and participated in the Battle of Heligoland Bight as part of the Grand Fleet in 1914. Like most of the modern British battlecruisers, she never left the North Sea during the war. As part of the 1st Battlecruiser Squadron, she attempted to intercept a German force that bombarded the North Sea coast of England in December 1914, but was unsuccessful. She was refitting in early 1915 and missed the Battle of Dogger Bank in January, but participated in the largest fleet action of the war, the Battle of Jutland in mid-1916. She was hit twice by the German battlecruiser Derfflinger during the early part of the battle and her magazines exploded shortly afterwards, sinking the ship.

The two pics are from HMS Nimble based in Hull for the RNR - Royal Naval Reserve. Pictures are from pre 1906 (ship sold) 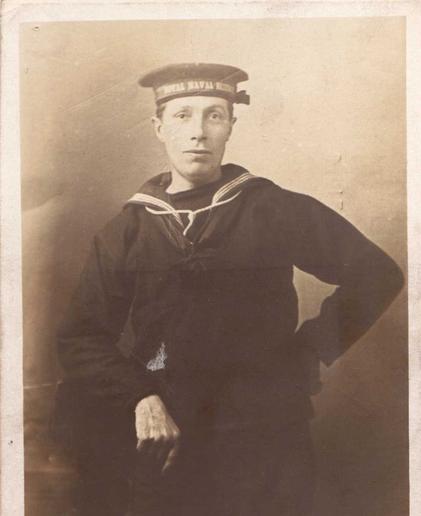